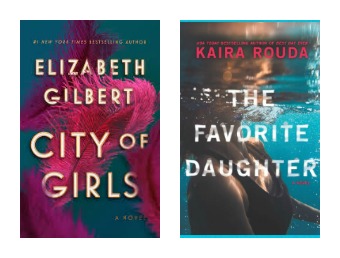 Elizabeth Gilbert adds to her canon a sexy coming-of-age story set in early 20th century NY, and Kaira Rouda sticks close to home with a well-heeled narcissist lamenting the life she believes she deserves. 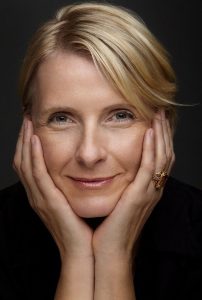 Elizabeth Gilbert, an accomplished [and lauded] writer long before Eat Pray Love made her famous, and since, with an inspirational tome Big Magic on the creative process, and an astounding novel, The Signature of All Things, has published what she calls a “frothy” novel about a young woman, and friends and lovers, in Manhattan, pre and post-WWII: City of Girls. It is written as a form of confession by an aged woman of her escapades and learning experiences to the daughter of a special friend. We don’t know why until late in the novel. The novel is, as Gilbert promised, good-humored and filled with true-to-life moments, including considerable promiscuity, and a delight in casual sex, and also the horrors of war. Frankly, the last 100 pages, the disclosure of why she’s writing and the revelations of what she has discovered about herself and her philosophy, is the best of the narrative. On the other hand, Gilbert is a better writer than evidenced here. She’s laser-focused on an agenda, revealed daily in her social media, which has to do with acceptance: of oneself as well as others. Good advice and great insight, albeit leaning to platitude.

The message, in the end, is that whatever and whoever we are, we are, and we are not to be judged by rules established by those who demand labels and standardized norms. At the end, this is a story of how we grow up – slowly, tentatively, too often painfully. This charming narrator, innocent to the point of obtuse in her youth, plus an array of theatrical characters, including Walter Winchell, and detailed descriptions of old New York and the theater world, enhance the occasionally heavy-handed commentary on human nature. Gilbert always speaks from the heart, and an abundance of diverse life experience, so we grant her this frothy well-written page-turner, while looking forward to a more literary work sure to come.

… Children don’t have any honor, you see, and they aren’t expected to, because it’s too difficult for them. It’s too painful. But to become an adult, one must step into the field of honor. Everything will be expected of you now. You will need to be vigilant in your principles. Sacrifices will be demanded. You will be judged. If you make mistakes, you must account for them. There will be instances when you must cast aside your impulses and take a higher stance than another person – a person without honor – might take. 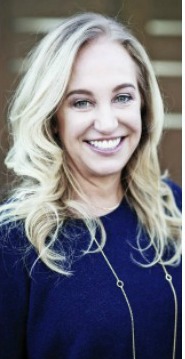 And while you’re reading frothy fiction to the ebb and flow of the surf, you might read Kaira Rouda’s latest: The Favorite Daughter. A domestic thriller involving a wealthy, beautiful, SoCal wife and mother, who is supposedly emerging from a year of grief over the supposedly accidental death of one of her two daughters. What really happened to the daughter is the question posed early on. And what’s has happened to this family in the aftermath. The husband is dealing with his own needs while the other daughter prepares to go to college, all apparently abandoning our heroine. Poor girl. If you know Kaira, as I do, or have read her earlier work, you know she is a genuinely nice woman. A good human being. So it’s hard for her to even fictionalize an evil persona. Lots of clues are dropped from the start. We learn early on that this woman is damaged goods. We realize she is both deranged and delusional. (If you discovered your husband purchased another house, would you assume it was a surprise gift?) An absolutely unreliable narrator, except we see that from the first. The suspense is less in the whodunnit as how will it wrap up? As the mother tells the tale, we are mostly in her head and see everything through her lopsided lens. Along for the ride is an adolescent who may know more than appears, a boyfriend not parent-approved, the other woman, an unusually present, and extremely friendly Lyft driver, the family dog, and, of course, a therapist. And then there are threatening letters …

Rouda writes in rapid-fire sentences with a peppering of landscape detail. The novel is not weighted down by excessive prose or point of view. You don’t like the narrator from the start and you won’t like her in the end, but you’re not meant to. Definitely a page-turner for the sunbather who prefers the shadows.

Both novels available in hardcover and for your favorite e-reader.