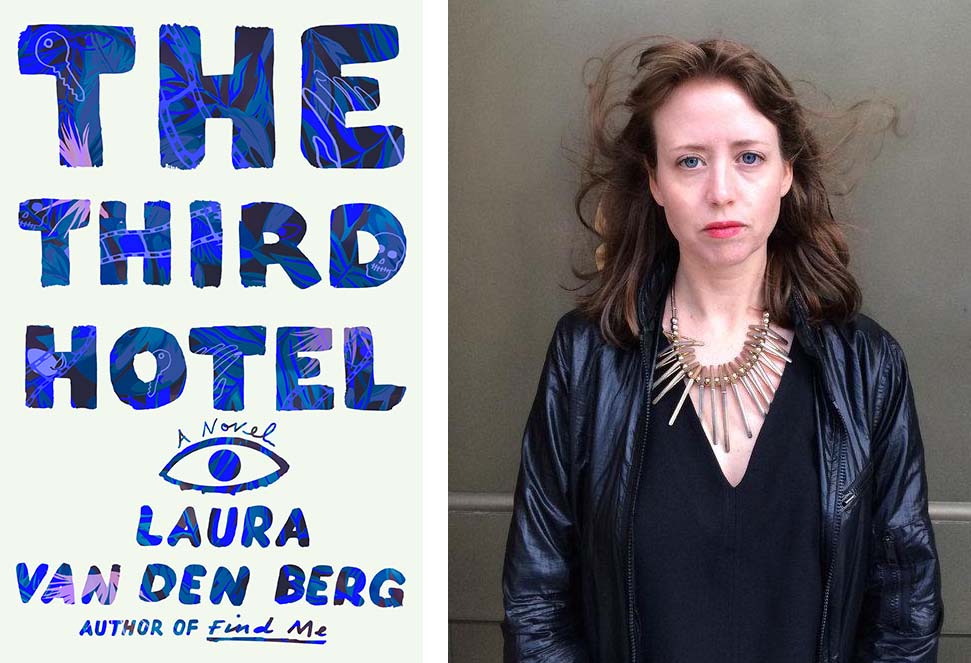 The Third Hotel is Van Den Berg’s second novel — she’s also published two impressive story collections — and it may be the book to elevate her stature to where she belongs. She is a superb novelist and this wholly original exploration of the nature of time and loss, and recovery, might make you feel as unmoored as I felt at the last page.

Little is linear, yet you are not confused. Much is irrational, yet it all makes sense. There is plenty of foreboding, without finality. Nothing is supernatural or frightening, yet if feels like an early horror film or a story by Edgar Allen Poe. A little disturbing, a little off-beat, totally fascinating.

Clare’s husband, a horror film aficionado, has been killed in a freak accident and she attends in his place a horror film festival in Havana, where she sees him. Or does she? Of course, she follows, from a distance, at first.

She’s a woman who keeps secrets. She prefers her guard up. Her job is practical and logistical, otherwise disinteresting. Her childhood was a bit odd. Now her father has Alzheimer’s. She has lost her compass, and that’s the point of this story. Think the theory of relativity or black holes. Time is fluid. Lives are fluid. Like the eels that slink around an award-winning film at the festival or the Zombies that frequent that genre – creatures, and people, can be alive, but not alive. Here but not here. Past, present and future are entwined. It’s a journey not so much of the clock but of one’s own discovery. And one must let go of all preconceptions and obligations and sense of destination in order to face those truths and move on.

Of course, marriage had not let her to a sense of completeness. Rather, it introduced different sets of questions, one after another, and ultimately led her to the drastic incompleteness of being married to a man whose death, the exact circumstances, was uncertain. If a death was uncertain, a life in turn was made uncertain – or the uncertainty that had always been there was exposed.

I was spellbound from page one, where the unusual title is explained. Exquisitely crafted. Frequent moments of ah-hah, that’s so true! An eclectic set of characters, a striking city, a Cuban landscape, and spare elegant prose, make this a winner. One of the best this year, for me, and well-reviewed, although not yet commercially hot. Highly recommended. Spread the word.