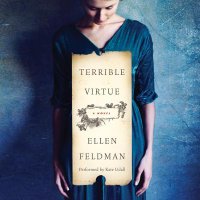 Most of us recognize Margaret Sanger as the mother of birth control in this country. Turns out, that’s all we know about her, and there’s a whole lot more to her story.

Sanger was not only a force for change she was a force of nature. Born in 1879, by adolescence she relished challenging norms. A charismatic beauty, and a nurse by trade, she was a naturally inquisitive and sensual young woman who morphed into a political activist and writer who spent a lifetime fighting for sexual freedom and family planning.

She learned at the feet of her elders. She watched her impoverished mother whither away raising eleven children and burying others who died in infancy. She nursed desperate women who risked their lives in attempts to eliminate their own pregnancies rather than bring another hungry child into the world. 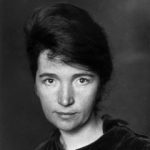 You might say Sanger promulgated what in later years became known as free love. She opened the first birth control clinic in America in 1916 and founded Planned Parenthood. Keep in mind that until 1960, when birth control pills were approved, birth control was in the hands of men alone, and illegal for women to undertake in any way. Sanger died just a few years later, in 1966, having realized her dream.

In the early years of the fight, under indictment for publishing a magazine promoting family planning, she fled to Canada and on to Britain for many years before returning to the states to continue her battle. She left behind three children and their father, whose voices, among others like social reformer Havelock Ellis, are included in this page-turner about Sanger’s remarkable life and many loves.

Telling a true tale in fiction often reveals greater truths through the literary license of dialogue and reflection. Feldman does an excellent job taking the reader on the ride that was Sanger’s life, including love affairs and friendships with some of the greatest thinkers of the age, and the heartache of children and husbands left behind as she pursued the greater good.

It’s a well-told story of a well-meaning woman who made the hard choices women of that time were not permitted to make, and women and families today are all the better for it.

In hardcover at Laguna Beach Books or the OC libraries, or for your e-reader.