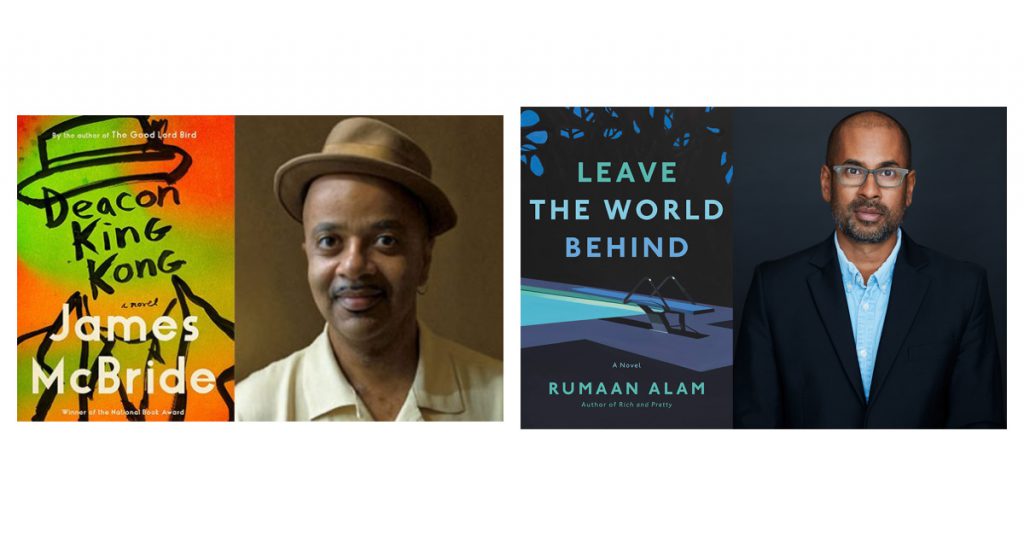 First, my apologies for not reviewing for some months, having been in the throes of late pandemic life and, frankly, struggling to read books worthy of recommendation. In recent months, however, I am discovering novels that seem to go together – not so much in content, rather in style or thematic. As long as that holds up, I will be reviewing for a time in pairs. What critics and booksellers refer to as bookends, so to speak.

The first two are related in a few ways. They both take place in or near New York City. They both reflect on racial themes, although entirely differently. They are both beautifully written and structured, although entirely differently. And, to my mind, they also reflect a sense of doom as characters face the potential demise of a known way of life.

That day’s morning seemed distant, like a story about someone else Clay had once been told. He could almost see the beach towels, drying on the railing outside, and they were like the pinch you’re supposed to administer when you think you’re dreaming. Amanda followed just behind him, and they came into the kitchen and found these strangers there, moving around like they owned the place, which, perhaps, they did.

Leave the World Behind, by Rumaan Alam, is genre-bending fiction. What begins as a tale of a modern family on holiday, quickly becomes a thriller of a sort – a potentially biblical [perhaps apocalyptic, or not] crisis shared with strangers. An inexplicable event has happened. The results are mysterious, also mystical. An inventive what-if scenario. Possibly dystopic. Or is it merely a metaphor for the ills of the modern industrialized world. Read this novel with a friend or a book group so you can talk about it, because the book demands discussion, and I suspect no two readers will agree. If you like mystery, thrillers, science fiction or a good old character-driven page turner, you will leave your world behind as you read.

Pair this with Deacon King Kong, by James McBride, a novel with its share of mystery, which I’m happy to say is mostly resolved. As different as they are, they complement.

They stared at her with that look, that project look: the sadness, the suspicion, the weariness, the knowledge that came from living a special misery in s world of misery. Four of their number were down – gone, changed forever, dead or not, it didn’t matter. And there would be more. The drugs, big drugs, heroin, were here. Nothing could stop it. They knew that now.

Set in 1969 Brooklyn, a tight knit black community braces for the onslaught of mafia drug wars. This novel, by the award-winning McBride, is based in truth, and told almost entirely in dialogue, and thus, as realistic as Leave the World Behind is magical. He infuses his story with humor and charm, some of the most memorable characters and some of the loveliest passages on human relations you will ever read. He takes you on a great ride and it would be easy to read this novel as a simple story, but the implications for people of color, people in power and people in impoverished communities, is profound

She watched his reflection in the window as he talked, his face downcast, fiddling with his hands. There was something large inside him, she concluded – a pond, a pool, a lake maybe. The lovely Irish brogue in his voice gave him an air of elegance, despite his wide shoulders and thick hands. And man of reason and kindness. He was, she realized, as trapped as she was.

Both still in hardcover and for e-readers. As always, happy reading.