Celebrating Music On the Streets of Laguna

On June 18, 2016 the 9th Annual Fête de la Musique takes place throughout downtown Laguna Beach. Pre-opening festivities begin at 12 p.m., with music provided by the Swing Set Band on the cobblestones at Main Beach.  Artists will be performing at 35 locations in a variety of music genres from 1:30-4 p.m. Closing ceremonies at Main Beach begin at 4 p.m. The event is free. Presented by the Laguna Beach Sister Cities Association. (www.lagunabeachsistercities.com)

Visit the website for the schedule of events and additional information. 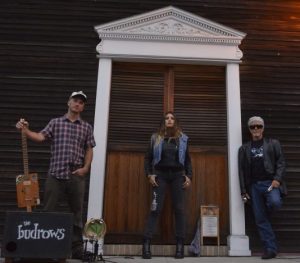 The Budrows, who will be performing at the Fete, have the ability to transform any venue into a bonafide deep south juke joint, full of revelers having themselves a modern good time in old-fashioned style. | Photo courtesy of Laguna Beach Sister Cities

Fête de la Musique was conceived by American musician Joel Cohen in 1976 while he was working at a radio station in France. He proposed an all-night music celebration during the summer solstice, which was recognized by the French Minister of Culture, and subsequently held in France in 1982. The Fête de la Musique in Laguna Beach, which was awarded Laguna Beach Arts Alliance’s “2010 Best New Arts Program,” is held in conjunction with “World Music Day” to celebrate the coming of summer each June. The festival is celebrated worldwide on, or near, the beginning of summer. LBSCA has crafted its Fête de la Musique to promote Laguna Beach performing arts through live music by singers and musicians.