Now and then, a good memoir touches the heart, and also educates, and this memoir, published in 1983 and reissued in 1999 is touching and inspiring and beautifully reveals a time many of us mythologize.

Joyce Johnson, a writer of scope and clarity and charm, won the Book Critics Circle Award for this great piece of writing, a must read if you fall into one or more of the following: You love a beautifully written, intimate story that reveals a cultural revolution in the making. “Besides the music, I’m learning a great many other things very rapidly, such as the fact that America is a place of enormous injustice and inequality, where the little children of minders starve in shacks and where Negro men are lynched or jailed for crimes that are not even crimes…”

You have a passion for the beat writers, particularly Jack Kerouac, with whom Johnson spent several years of as lover and friend. ”There is a mountain in the state of Washington called Desolation Peak, although desolation is not something that rises but a force with a downward pull. That same July, Jack Kerouac went there to confront the Void I a fire lookout’s cabin on Starvation Ridge. He was thirty four years old…:

You also have a thing for Allen Ginsburg, who features prominently in the tale, as well as downtown NY artists like De Kooning and Kline, among others, and the little known poet, Elise Cowen.

“Her middle name was Nada – a name of such bleak prophesy it’s astonishing to think of anyone inflicting it upon an infant daughter … ‘Literally it means Nothing – Nothing and Nothingness,” Elise said with a certain melancholy pride.

You have a soft spot for Manhattan, especially during the fifties, post-WWII when all things seemed possible, before the civil rights movement, before the modern feminist revolution or the gay/lesbian fight for rights, and before television or worse, reality television. 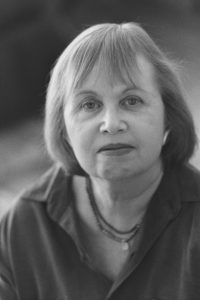 Or you remember the sixties and wish to revisit the lessons of the preceding era that paved the way for the make-love-not-war generation and all that followed.

And did I mention that for no other reason, it’s a spectacularly written memoir?

“There are losses for which no consolation is ever enough. I can see how she must have clung to the younger boy, taking him into her bed night after night for comfort – breaking all the Freudian rules. But what did Gabrielle Kerouac know of such sophistications? There was her own need, the warmth of her small son’s light little body curled into her own, the dreamy fragrance of his hair.”

In the end, Johnson has penned the story of the minor characters, largely women, who surrounded the beats and facilitated their journey, from the shadows. “Most of [the Beat women] never got the chance literally to go on the road. Our road instead became the strange lives we were leading. We had actually chosen those lives.” [Preface to the 1999 edition.}