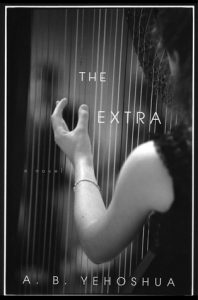 Stating the case for individual choices in the state of Israel.

A.B. Yehoshua stands tall among contemporary novelists and in the company of wonderful Israeli writers like Amos Oz and David Grossman. They paint personal portraits of interesting characters, and, in Yehoshua’s case, often women, who face universal challenges – intimacy, family, the tug between near and far – always as a reflection of the challenges of their country.

Israel is unique. A tiny country, only 68 years old, dedicated to Judaism but largely secular, forever on the defense for aggressively defensive tactics, and a country being steadily taken over by the ultra-conservative, due in no small part to their birthing rate: orthodox Jews take their mandate to go forth and multiply quite seriously.

So it is no surprise that Noga, the fiercely independent protagonist of this novel, a harpist, a most unusual instrument, has chosen to remain childless, to the chagrin of her parents and the humiliation of her husband, who left her nine years earlier for this reason. Noga’s father has passed away and her mother, urged by Noga’s brother, has a choice now to stay in Jerusalem, in an area of the city being overtaken by the orthodox community, or to move to a senior center in Tel Aviv, a lively cosmopolitan city. Noga, who migrated to The Netherlands many years before and is featured with the symphony there, returns to Israel for three months to live in her mother’s apartment while her mother tries on the arrangement, because the apartment is rent-controlled and will otherwise revert to a greedy landlord.

To pass the time and to earn a little money, Noga works as an extra for film and theater there, a perfect setting as she has become an extra to her own life. Her relationships are not satisfying, she rarely sees her brother and mother, and she has been disconnected from her Israeli roots. During this time, she develops unexpected relationships with old and new neighbors, encounters a husband still struggling with her choices, and a number of other extras with challenges of their own.

Will Noga remain an extra or establish primacy over her own life? Will her mother choose to stay put or put the past behind her? What does it mean to defy convention in a country defined by tradition? These are some of the matters Yehoshua takes on in this lovely translation by Stuart Schoffman, all of which resonate no matter where we live or what our traditions. All of us facing the challenges of the old and the new, and always great material for fiction.

Available in hardcover at Laguna Beach Books and for your e-readers.