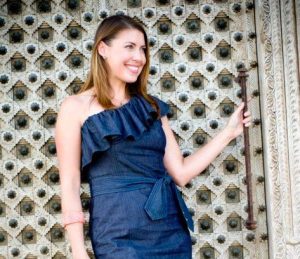 Kate Buckley is a renaissance woman who is spreading her passion for poetry, and she’s not alone.

The first event, featuring readings by Blaustein, Buckley, and Merrill, followed by a Q&A, will be held this Wednesday evening, June 21, at the Laguna Beach Public Library. The reading will be held from 5:30 p.m. —  6:20 p.m.

Noah Blaustein
Noah Blaustein has published poems in Zyzzyva, the Harvard Review, Barrow Street, The Cincinnati Review, The Chattahoochee Review, The San Francisco Chronicle, The Los Angeles Review, The Fish Anthology (Selected by Billy Collins), The Mid-American Review, Poetry Daily, Orion, Lit, Muse(A), The Massachusetts Review, Art/Life, Pleiades, and many others. Interviews with him have been featured at The Georgia Review, The Los Angeles Times, and National Public Radio.

His book, Flirt, (University of New Mexico Press, 2013) was the first first book ever selected for a tour on the Georgia Poetry Circuit. The anthology he edited, “Motion: American Sports Poems,” was pick of the year by the editors of National Public Radio, The Boston Globe, The New Orleans Picayune, and the Librarians of The New York Public Library. His second collection, After Party, will be published Fall 2018 by The University of New Mexico Press. www.noahblaustein.com

Kate Buckley
Kate Buckley has published poems in The Adirondack Review, Bellingham Review, The Cafe Review, Chaparrel, The Heartland Review, North American Review, Poetry Foundation, Pop Art: An Anthology of Southern California Poetry, Shenandoah, Silk Road Review, Slipstream, and many others. She holds an MFA in Creative Writing from Spalding University and is the author of A Wild Region (Moon Tide Press), named a Midwest Book Review Selection, and Follow Me Down (Tebot Bach).

A four-time Pushcart Prize nominee, Kate’s awards include a Gabehart Prize and the North American Review’s James Hearst Poetry Prize. Her short story, “The Gods of Flight,” was shortlisted for the Bridport Prize. Kate is currently serving as the Poet Laureate of Laguna Beach. www.katebuckley.com

Christopher Merrill
Christopher Merrill has published six collections of poetry, including Brilliant Water, and Watch Fire, for which he received the Lavan Younger Poets Award from the Academy of American Poets; translations of Aleš Debeljak’s Anxious Moments and The City and the Child; several edited volumes, among them, The Forgotten Language: Contemporary Poets and Nature and From the Faraway Nearby: Georgia O’Keeffe as Icon; and six books of nonfiction, The Grass of Another Country: A Journey Through the World of Soccer, The Old Bridge: The Third Balkan War and the Age of the Refugee, Only the Nails Remain: Scenes from the Balkan Wars, Things of the Hidden God: Journey to the Holy Mountain, The Tree of the Doves: Ceremony, Expedition, War, and Self-Portrait with Dogwood.

His work has been translated into 25 languages, his journalism appears in many publications, and his awards include a knighthood in arts and letters from the French government. He has held the William H. Jenks Chair in Contemporary Letters at the College of the Holy Cross, and now directs the International Writing Program at The University of Iowa. He serves on the U.S. National Commission for UNESCO, he has conducted cultural diplomacy missions in over thirty countries for the U.S. State Department, and in April 2012 President Obama appointed Merrill to the National Council on the Humanities. www.christophermerrillbooks.com