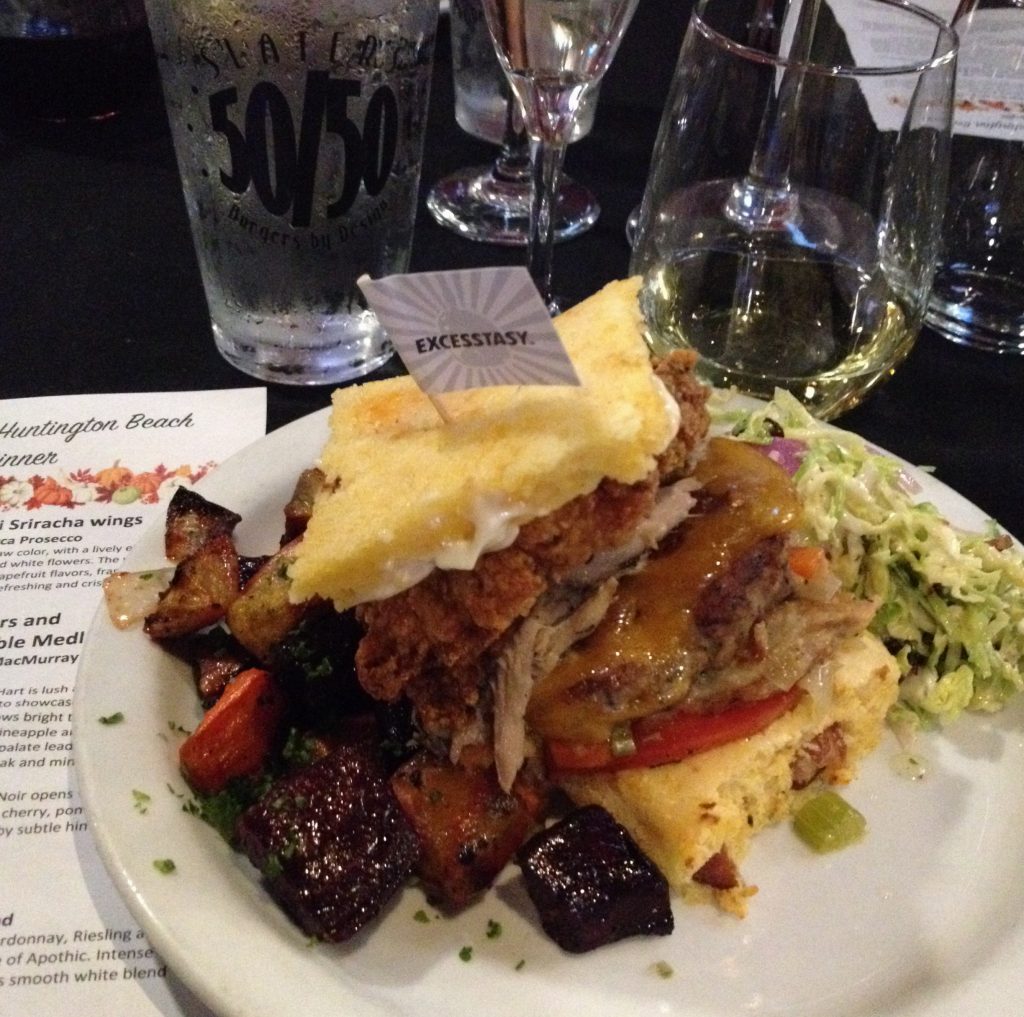 Slater’s 50/50, known for its unique burgers—including those made with half ground beef and half bacon, hence the eatery’s name—and wide range of beers on tap, is serving up something new: VIP Dinners with a communal table, fun theme, gourmet fare and pairings with craft beer, wine or other spirits.

The ticketed monthly dinners—which started in late summer—are open to members of the 50/50 Club. The new loyalty program costs $30 per month and includes a free beer at the restaurant every day, special invites to burger-of-the-month tastings and more at the regional chain’s six locations including Huntington Beach and Anaheim Hills in Orange County.
The VIP multi-course dinners are created by founder Scott Slater and Culinary Director Tony Gurske. In November, the Thanksgiving-themed “Booze & Bird” meal started with tasty bacon-wrapped Thai Sriracha wings, followed by turducken sliders—a savory mix of turkey patty, grilled duck breast and fried chicken with andouille sausage stuffing, sage and garlic aioli on a cornbread bun—alongside a roasted root vegetable medley, and a pumpkin tart for dessert. Hand-selected wines were paired with each course. 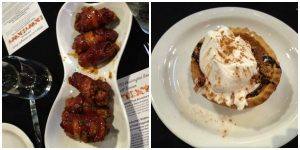 Coming up in December is the “Southern Style Moonshine and Mistletoe” meal, for $45, on Dec. 16 in Huntington Beach. This down-home dinner includes five courses, each paired with moonshine. To begin the feast: cheddar and bacon biscuits, made with Sriracha bacon and cheddar, served with maple bacon butter. Next on the lineup are Nashville hot chicken wings, black-eyed peas with ham hock, a pretzel-crusted fried catfish po’boy, and banana pudding, to top it all off.

Then, to kick off the new year, a Hawaiian luau is planned Jan. 5 in Anaheim Hills and Jan. 20 in Huntington Beach. This $30 dinner features roasted macadamia “Cracker Jacks,” Spam musubi sushi (a popular snack in Hawaii, with a thin piece of dried seaweed wrapped around a block of rice and a fried slice of Spam), poke wonton nachos, and kalua pork in banana leaves, served with poi, macaroni salad and a tropical roasted fruit chutney. To end the meal, dessert is Hawaiian pineapple and coconut cake with Hawaiian punch granita.