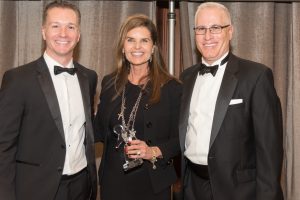 A new partnership in Orange County, California is seeking answers to an essential question affecting global health: Why do more women get Alzheimer’s disease than men?

UCI MIND, the University of California at Irvine’s Institute for Memory Impairments and Neurological Disorders, has announced a new research initiative in partnership with the Women’s Alzheimer’s Movement (WAM), a non-profit organization founded by former California First Lady Maria Shriver. The initiative, based on collaborative fundraising by both organizations, will make pilot funding available to UCI researchers for high caliber scientific proposals that investigate the role of sex and gender in Alzheimer’s disease.

Grill notes that time is of the essence in order to slow a growing epidemic. “The number of people living with Alzheimer’s disease in the U.S. is expected to triple by 2050,” Grill explains. “This is the 6 th leading cause of death in the United States, and until a treatment is found, the disease is on track to continue to disproportionately affect women.”

Maria Shriver, founder of the Women’s Alzheimer’s Movement and a national advocate for Alzheimer’s research, explains, “Two out of three Americans living with Alzheimer’s disease today are women. By 2050, 16 million people in the U.S. and 135 million worldwide will have fallen victim to this disease, and millions more family members and friends will suffer alongside those diagnosed, mostly women.”

Shriver points to this new initiative as a crucial starting point for researchers.

“Women are at the epicenter of the Alzheimer’s crisis. That’s why we must be at the heart of the solution,” Shriver states.

“The new UCI MIND Women’s Research Initiative is expected to enable investigators to collect essential preliminary data. This will enable larger federal grants over time,” Grill says. “The long-term goal of the initiative is to substantially increase the focus of study on this critical topic in order to improve understanding, diagnosis, and treatment of Alzheimer’s disease.”