Randy Kraft’s OC Book Blog: “A Sport and a Pastime” by James Salter 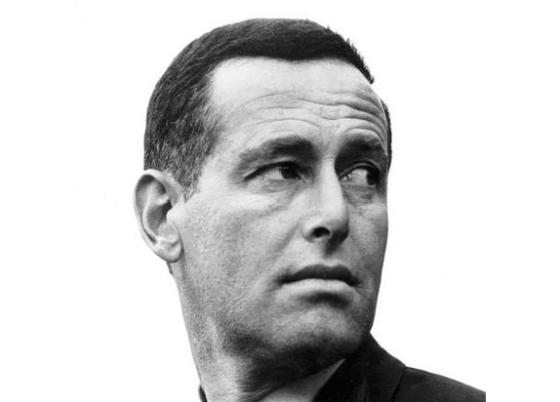 A sixties gem you may have missed.

James Salter is what they call a writer’s writer. He is a master of clarity. Writing from the sixties until his death in 2015, he was awarded [among many other awards] the 2012 PEN/Faulkner Foundation’s 25th PEN/Malamud Award for works that show readers “how to work with fire, flame, the laser, all the forces of life at the service of creating sentences that spark and make stories burn.” He observes, he transcribes, he invites the reader to participate, more than witness.

I’m very sleepy and suddenly a little depressed. I keep looking across to their table. When they leave, I am sure I know exactly how it will be… As Rilke says, there are no classes for beginners in life, the most difficult thing is always asked of one right away.

These are not the repressed passions of Henry James or Edith Wharton, A Sport and a Pastime is stunning in its realism and bold in its presentation of carnal discovery.

There are many exquisite descriptions of countryside and towns, and the array of people with whom the couple interacts, including the boy’s smug affluent father. But it is the writing that makes it worth reading — absolute elegant simplicity, admired by contemporaries like Fitzgerald and Hemingway.

Objects have their shape and weight, their color, and beyond this a dimension for which there is no scale, their importance, and her room, her life about which I really know so little, are furnished with articles that have gradually become surreal.

Beyond the detail and the carnality, the narration is what makes the novel especially fascinating. The little known and rarely seen narrator, a college acquaintance, claims that much of what he’s written is invented, but we’re never sure what is real and what is imagined. He thrives, in effect, on the fantasy of the couple’s travels and passions. He appears to know the young man at the center of the story, although not well, and has met the young French girl, or so it seems. I prefer to imagine he embellished the smallest detail coming from boyish conversation to elevate his own sexual fantasy. After all, the girl is more than willing to unbridled sexual experimentation, she worships the young man’s body, she exists for their mutual pleasure. If that’s not a young man’s fantasy, what is?

None of this is true … I’m sure you’ll come to realize that … It’s a story of things that never existed although even the faintest doubt of that, the smallest possibility, plunges everything into darkness.

On the other hand, if not the fantasy of an inexperienced boy, perhaps a novelistic metaphor for that time? You decide. Just make sure to read every word, it’s an astonishing work of literature.

It is curious how I have begun to discern patterns, motifs that somehow had no significance for me at the time. As I view once more the many fragments of this encounter, as I touch them, turn them around, I find myself subject to sudden illuminated moments.

FSG published a new edition of the novel in paperback. Also available for Kindle and on Audible.