Randy Kraft’s OC Book Blog: “This Must Be the Place” by Maggie O’Farrell

A messed up man with a good heart meets an escapee from stardom and together they face demons and differences in the hope of achieving something that might be called happiness. 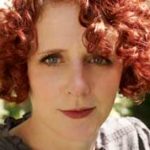 Maggie O’Farrell crafts characters through their present lives as she weaves in their pasts, and as the reader ponders their futures. She writes about people who wrestle with their losses or deny them. She writes about men and women who long for intimacy but tend to disappear, emotionally and/or totally. She writes characters, including children, who are physically flawed or struggling with the emotional flaws of those they love. And always she ponders the possibility of redemption and writes all of it in simple descriptive prose that expresses the natural everyday fears and hopes of ordinary people.

Well, mostly ordinary. In this lovely novel, she writes about a reluctant movie star, Claudette, who fakes her disappearance to remove herself and her son from the demands and the dangers of fame. When she unexpectedly encounters Daniel, who has made too many mistakes and keeps too many secrets, she finds herself drawn back to the illusion of happiness. Eventually they both have to confront errors of judgment, seen largely through the eyes of their children, as well as an old friend who has secrets of his own.

What a child, he is about to say, but doesn’t because at that moment he feels, for the first time ever, not quite the presence but the possibility of another child, to the back and slightly to the side of him, a form, a being, standing at his leg. It isn’t so much a visitation or a haunting, just the idea of someone who might yet appear, might still exist. 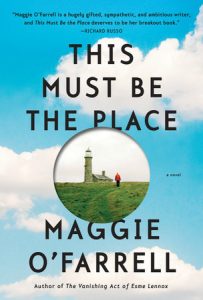 As most OC BookBlog followers know, I only review books I recommend. While not O’Farrell’s most powerful fiction [I would vote for The Hand That Once Held Mine or The Vanishing of Esme Lennox] it’s a fine read with compelling lead characters. If you’re not at all familiar with this Irish writer, start at the beginning with After You’ve Gone.

Some might consider O’Farrell’s fiction sort of highbrow chic lit. She might be described as an early Anne Tyler or Sue Miller. Her tales often feel like only slightly fictionalized biographies – they ring of real lives.

He tries to articulate what he felt when he saw them, after a gap of so many years, how they appeared in the doorway of the coffee shop and walked toward him across the floor. It wasn’t so much a case of recognition, more a sensation of rightness, the idea of something being where it should be, something finding its place. He knows now how a locksmith must feel when he creates the key that finally releases an old rust-shut lock, or a composer when he finds the note to complete a chord.

She’s especially adept at getting underneath childhood anxieties. I used to have this particular fear myself, long ago, as I suspect many of us have.

He didn’t tell his father about the fear that had gripped him for some time, that when he got home, when he opened the door and stepped in over the threshold, his home might look completely different. The carpet in the hall, the one with the geometric pattern that linked up to itself gone, the mirror with the beveled edges, the yellow dish in which his parents put their car keys, their loose change, their pocket detritus. Something told him, every day, that while he was out at school his parents might have moved or vanished or been abducted and that an entirely different family would be living in his house. He would go into the kitchen and there would be another woman with a different face, a different voice, standing at the counter. Hello, she would say, and who are you?

In other words, entertaining and interesting fiction, well told. Good vacation or beach reading for women taking a break from the book group.

Available in hardcover at Laguna Beach Books or for your favorite e-reader.