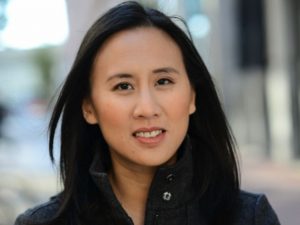 By now you have heard this second novel of the lovely Celese Ng is already on the best seller list. While not as powerful as the first, Everything I Never Told You, it’s a terrific read. That story grappled with the maelstrom of misperceptions and the struggle for personal identy that seems to be Ng’s territory.

This novel is a sociological page-turner that takes place in the late nineties in middle America, as if to remind us of how much has changed, as well as how little, and how lives explode under just the right confluence of events, the brew that bubbles over when the heat is just too high. Little fires? Or, one smoldering blaze with sparks all around.

All her life, she had learned that passion, like fire, was a dangerous thing. It so easily went out of control. It scaled walls and jumped over trenches. Sparks leapt like fleas and spread as rapidly; a breeze could carry embers for miles. Better to control that spark and pass it carefully from one generation to the next, like an Olympic torch. Or, perhaps, to tend it carefully like an eternal flame; a reminder of light and goodness that would never – could never – set anything ablaze. Carefully controlled. Domesticated. Happy in captivity. The key, she thought, was to avoid conflagration.

In Little Fires Everywhere, Ng pits one family living the good life in Shaker Heights, Ohio, versus a single mother and child living a nomadic, unconventional life, for reasons unknown, and throws in a couple battling a birth mother for rights to raise a Chinese baby. Add to this cauldron several teenagers trying to make sense of their own lives, much less the lives of the people around them. A brew sorts that makes for good reading. 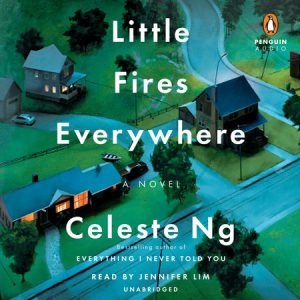 The great beauty of placing the story in a planned community, one of the first in America, and among the most iconic, is the contrast between the tremendous control exerted over everything from the landscape to paint color and the placement of trash cans, with the emotional turmoil that exists in even the most seemingly solid families.

The matriarch of the lead family is a quintessentially controlled human being – you will recognize her, we all know someone like her – and she comes up against a woman who recognized long ago her life was out of control and she had only to make the most of it. Everyone else might as well be window dressing, as interesting and important as they are, to the duel between these two. And a duel to near death it is – certainly to the death of ideals, the death of cultural conventions and societal norms.

Ng spent part of her youth in Shaker Heights and she infuses both novels with a great sense of authenticity in the detail and the reality of experience.

I must confess, now and then, the writing surprisingly slips into the more predictable observations of writers who feel the need to hit the reader a little too hard to make sure they get the message, [think Jodi Picoult]. Ng redeems herself with captivating simplicity and the insightful contemplations of what many think but don’t always say.

Available in hard cover and for e-readers.