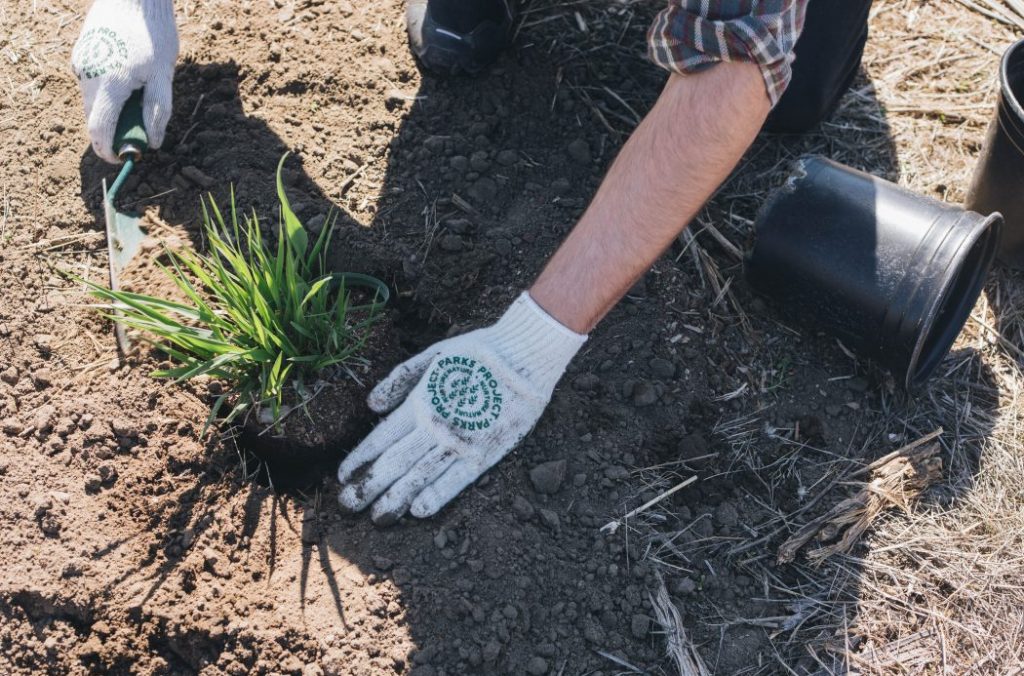 The native species included buckwheat, prickly pear cacti, bush mallow, toyon, lemonade berry, and primose. The area was previously overgrown with mustard plant, which, if left unattended can overtake an area, killing off other native plants and invading the habitats of native wildlife. Planting these new species will prevent the mustard from overgrowing again, allow the current native species to flourish, and encourage wildlife to return to the previously overgrown and inhabitable area. 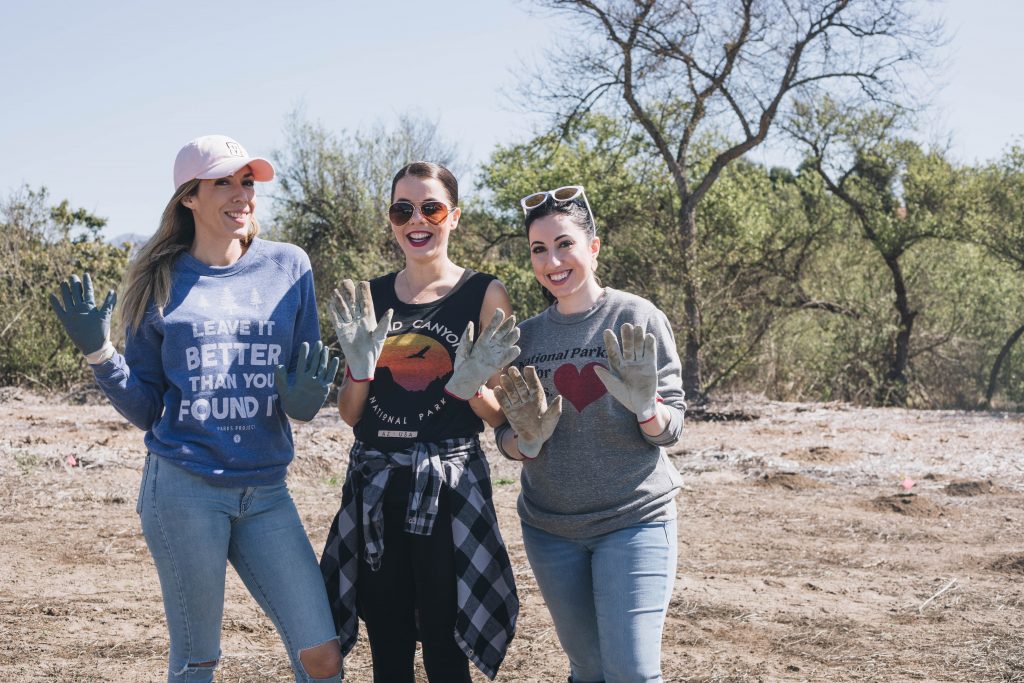 SoCal-based Parks Project is an outdoor lifestyle brand that lives by the mantra “Leave it better than you found it.” Parks Project was born through a love of the outdoors and a vision to reinvigorate us all to care for and respect our U.S. National Parks. Through its collection of classic men’s, women’s, and children’s apparel, home goods, and outdoor accessories, Parks Project is able to support 30 U.S. National Parks, funding vital projects inside each, and organize consumer and employee volunteer days.

Every Parks Project product not only tells a story about the park it supports, but contributes to habitat restoration, animal conservation, educational initiatives, and visitor services across America’s parks. Parks Project is an official partner of the U.S. National Parks, serves as a supporting business partner to the National Parks Foundation, is carried in over 100 retailers around the country, and will expand into all REI stores in the U.S. in Summer 2018.

Last March’s event was one of many organized by Parks Project nationwide as part of its commitment to restoring and rejuvenating local and National Parks. Here is the impact Parks Project has had on our National Parks, thus far. Shop and learn more at www.parksproject.us 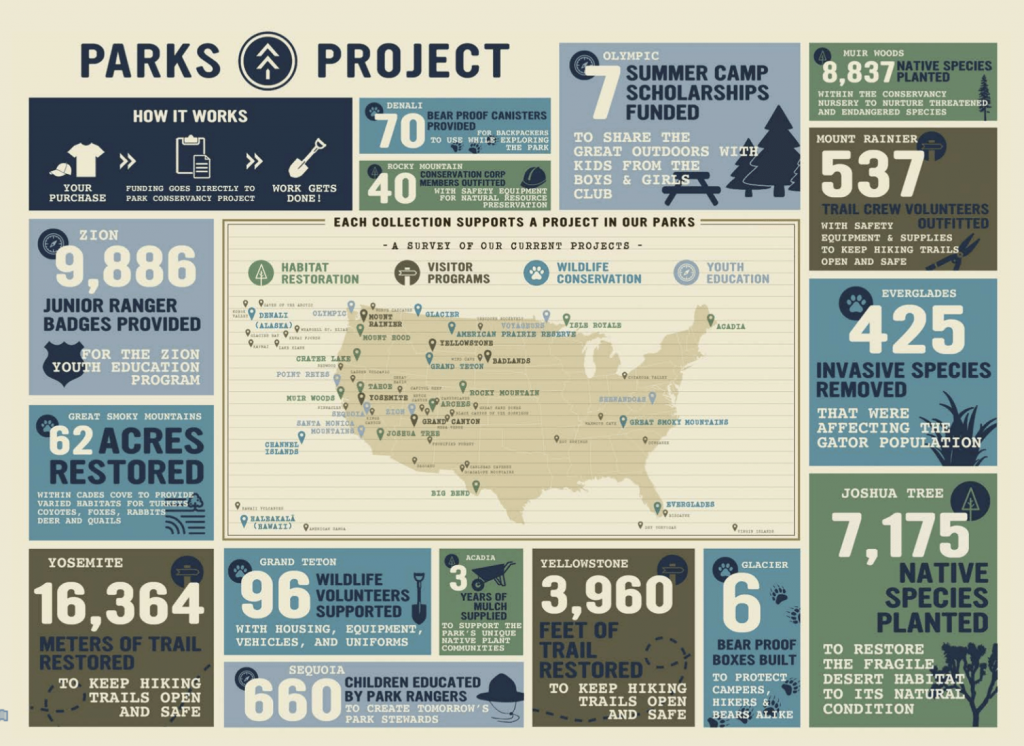