Randy Kraft’s OC Book Blog: “To Be a Man” by Nicole Krauss 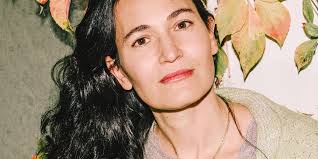 Nicole Krauss returns to a common theme: what is at the heart of a relationship for women, and, in gazing into that psyche, she reflects as well on what it may mean in this age to be a man.

Nicole Krauss landed in the center of the modern literary canon with her second novel, The History of Love (which had little to do with love) and she is often published in The New Yorker and other literary magazines. Her first novel, Man Walks Into a Room got little attention at the time, although a fine debut with an interesting story line. Since then, she has published two novels, both highbrow and both critically acclaimed, and now, a collection of stories. She is not a household name, but she is much admired.

To my mind, Krauss is Philip Roth’s heir. He was her cheerleader in his late life. Her third novel, Forest Dark, is an homage to Kafka, whom Roth also held in high esteem. Also like Roth, she frequently brings Judaism and Jewish culture into her stories, and, because she has spent time in Israel, she often places fiction there.

Now, a collection of stories entitled To Be a Man. They of course have to do with relationships as much as manhood, more so in fact, and certainly not how we think of manhood. For example, the story The Husband features a daughter in the U.S. mourning the loss of her father and dealing with the demise of multiple relationships, while her widowed mother, in Israel, encounters a man said to be her first long-gone husband. The daughter rages at the possibility of a scam while her brother, about to have his first child, also in Israel, is all about the love.

On a freezing gray winter ghetto of a day in March, her mother calls to say that the lost Husband has arrived. She doesn’t begin the conversation that way, of course. She begins casually enough, the way stories so often begin, stories of everyday life onto which is sprung a sudden intrusion.

Krauss, by the way, is presently the inaugural writer-in-residence at Columbia University’s Mind, Brain and Behavior Institute. What an eminent, and fascinating, title. She would be the perfect candidate, as all her fiction concerns itself with the integration of brain and behavior, one might say the juxtaposition of rationality with passion.* On the other hand, what else is good fiction about?

In the story Future Emergencies, set in a nearly post-apocalyptic city, the narrator tours a group around a museum and shows them a collection by the quirky photographer Diane Arbus. I’ve seen that exhibit and Krauss nails what makes Arbus so great.

…to give them a sense of the other end of the spectrum, someone who seemed to identify with her subjects on a terrifying level. Not only does Arbus seem to feel their unhappiness, I explained, but what’s more, they – the twins and the triplets, the misfit children, the odd couples, the tramps, the queens and freaks – seem to regard her with distraught looks, as if they recognize something darker and more haunting than their own lot.

This collection, as the title suggests, concerns how men relate to others, mostly women, but also how women try [and often fail] to understand them. In fact, in the end, Krauss returns to a common theme: what is at the heart of a relationship for women, and, in gazing into that psyche, she reflects as well on what it may mean in this age to be a man.

‘There is no woman however loved who isn’t terrified of abandonment…’ Was it only because the friend was much older, shaped by a time in which women had little or no access to the avenues the might lead to self-sufficiency and independence, that she believed that? When she herself thought about it, there was very little left that a man could give her that she really needed, aside from sex, which was easy enough to find. After six months of panic attacks, unremitting insomnia, and depression, the fear of being alone, without the life support of a man, had at last receded and been replaced with a feeling of quiet euphoria.

Some stories are stunningly profound, others merely insightful, occasionally humorous [very occasionally, Krauss is a serious soul.] A few are unforgettable. However, let me be clear: if you prefer high plot or page-turners, Krauss is not for you. She’s a thoughtful writer for thoughtful readers. I think she’s remarkable. I felt the same about Philip Roth. Both more able than most to peer into the human spirit and reveal what ails us and what gets in our way.

* For more about rationality vs passion, I recommend [humbly] Rational Women, a collection of stories available now in paperback and for Kindle readers. Written by me. But make no mistake – Krauss is a deeper, darker and all around better writer.