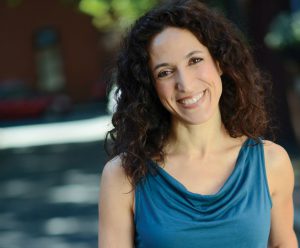 Author of “The Weight of Water,” Rachel Kaddish.

The Weight of Ink is in the spirit of Possession the great novel by A. S. Byatt, although that was a mind-bending tale of secret passions and this is an understated novel of faith. Both use the literary technique of parallel tales, in this case London in the 1660s and in 2000, and also the discovery of medieval writings with historical importance, and both feature two scholars – an academic and an arrogant graduate student – both in search of enlightenment as well as connection to repressed passions.

The novel reveals the little-known story of the migration of Spanish/Portuguese Jews post-Inquisition to Amsterdam and subsequently to England. Known as Marrano Jews, they were previously forced to live as Christians, following the faith in secret, until they were permitted in England to pursue the faith but with few other rights. Among them, a fictional rabbi and his scribe – a young woman with unusual intellect and curiosity. In 2000, the scholars discover her writings and set about to uncover her story.

The novel is a testament to what I fear is the diminishing art of scholarship. In the new millennium we have so much information at our fingertips and a propensity to come quickly to conclusions. (… But I digress.) More to the point, we have here another story of a woman trying to rise above her limitations and her station. She’s a terrific character who charts a unique course, and the scholars find in her life answers to their own questions.

The Christians, it seemed to Ester, wished to fathom the mechanism of the soul: by which levers did it pull the body into motion, and by which was it pulled by the divine? Yet the rabbis had little concern for such deliberation. What, they wished to know, were the minute instructions for doing God’s will? How most the economy of devotion be paid in laws of kashrut, in decorations of house and body, in the number of repetitions of a prayer… how were laws for behavior to be observed under this and that specific circumstance… the distance between the two manners of thought seemed to hold the key to something she couldn’t name. Must the two – the Christian and the Hebrew, the soul and the measurable, tangible world – remain disconnected?

There is an element of mystery and suspense, although subtle, and a powerful narrative arc, with exceptional historic detail and contemplations of faith. Beyond the history, there is the evolution of characters past and present. The great Toni Morrison said it best on the book cover: “A gifted writer, astonishingly adept at nuance, narration, and the politics of passion.” Agreed.

A literary journey for those who like to snuggle into a big book with sufficient twists and turns, clarity of prose and compelling characters to keep you cozy.

Along the narrow street, youths hauled sacks of sand, an ink vendor cried his wares, saltpeter men hauled stained sacks through a stable door. A girl leading a milch-ass knocked on a door and, when there was no answer, leaned her forehead to the door with a bleary call for any with babies in need of milk. Above the street, signboards mutely announced their wares – one carved in the shape of a mortar and pestle, another in the shape of a barrel of ale, another painted with a picture of crockery, that the unlettered might know where to enter with their coin. And now the road sloped downward beneath her shoes – first the slightest dip, barely perceptible. Then a steeper slope, as though not only her feet but the whole city were rushing toward the river.