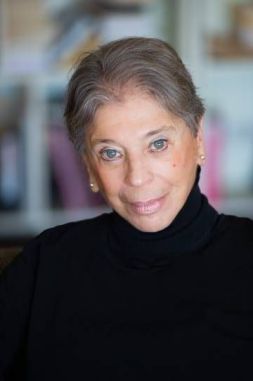 Vivian Gornick started her writing career at The Village Voice sixty years ago, and has since fine-tuned her expository style in more than a dozen books. An essayist, critic and memoirist, she shares perspective and contemplation equally in elegant prose.

Now 85, I treasure her writings more than ever, so a new book is something to celebrate. By the way, a lifelong resident of Manhattan, she splits her days between reading and writing, and walking, with profound insight.

In Unfinished Business, Gornick explores some of the literature she says has informed her writing, and her view of life, although not all of them favorably. Timing, she reflects, is crucial, and I agree — sometimes a book doesn’t appeal because it’s just not the right moment in our lives to read that book. Still, she seeks out the lessons to be learned.

“Between what we know and what we cannot hope to know about how we come to be as we are lies an emotional dumping ground into which exceptional writers pour all the art they are capable of making.”

Gornick revisits Collette — one of her personal favorites — D.H. Lawrence, Marguerite Duras, (whose groundbreaking novel, The Lover, has never worked for me) also Elizabeth Bowen; so far ahead of her time, who wrote so movingly of war.

“No planetary round was to bring again that particularly conjunction of life and death; that particular psychic London was to be gone forever; more bombs would fall, but not on the same city. War moved from the horizon to the map. And it was now, when you no longer saw, heard, smelled war, that a deadening acclimatization to it began to set in.”

She also writes about Delmore Schwartz, a long-forgotten early 20th century writer, and the great Pat Barker, as well as the Israeli A.B. Yehoshua, a favorite of mine, with whom she conflicts on Zionism but appreciates his constancy and discernment.

Citing books and passages worth reading or re-reading, she quotes liberally, inciting, for me, further reading. You don’t have to be a writer to love Gornick – loving the written word is enough – but it means more if you struggle to write in the shadow of the greats.

Available in hardcover now and for your favorite e-reader. Happy reading.