The Newport Beach Public Library Foundation (NBPLF) announced its 21st Annual Witte Lectures, featuring renowned speakers on a variety of compelling, current topics.  The forthcoming season features four experts – including David Frum, R. David Edelman, Maira Kalman, and Masha Gessen – from February to April 2018. The NBPLF, the non-profit that engages the community in cultural and intellectual adventure through the sponsorship of diverse public programs and cutting-edge library enhancements, hosts this high-profile series to provide the community an unparalleled opportunity to engage with great minds.

“This season we chose speakers that will address topics that are timely and relevant to our audience,” says NBPLF Executive Director Tracy Keys.  “We have an activist, a bestselling author, and two past presidential staff joining us to share their knowledge on topics ranging from the Trump Administration to Artificial Intelligence.”

The Witte Lectures is made possible through the support of the Witte Family and other generous donors. It encourages dialogue on relevant issues of our time. Members of the NBPLF receive advance notice and ticket purchase access for the events, among other benefits.  The NBPLF encourages to reserve early for a chance to hear from the following renowned speakers: 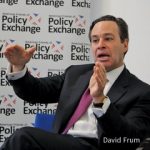 David Frum – ‘Trumpocracy: The Corruption of the American Republic’ on February 9 at 7:00 p.m. and February 10 at 2:00 p.m. – Frum is a Senior Editor at The Atlantic and will speak about this ninth book “Trumprocracy: The Corruption of the American Republic,” to be published by Harper Collins in January 2018.  From 2001-2002, he served as speechwriter and special assistant to President George W. Bush.  Frum is the author of eight books, including most recently the e-book Why Romney Lost and his first novel, Patriots. His first book, Dead Right was described by Frank Rich of the New York Times as “the smartest book written from the inside about the American conservative movement” and by the late William F. Buckley as “the most refreshing ideological experience in a generation.” His memoir of the Bush administration, the Right Man, was a #1 New York Times bestseller. 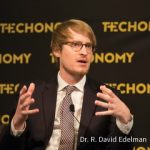 Dr. R. David Edelman – ‘Artificial Intelligence: How Technology is Changing our Economy, National Security and Daily Lives’ on March 2 at 7:00 p.m. and March 3 at 2:00 p.m. – Technology Adviser to the President during the Obama Administration, Dr. Edelman has spent a decade as one of the government’s foremost voices on technology. An expert on some of the most pressing challenges facing the world today, his insights have helped shape national and international policy at the highest levels. In his talk, Dr. Edelman guides general and expert audiences alike through this period of unprecedented change – leaving them with a strong command of how technologies like artificial intelligence and self-driving cars work, as well as the implications they will have for us as individuals, for existing industries, and for global geopolitics. 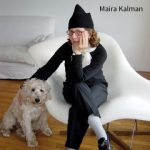 Maira Kalman – ‘Art & the Power of Not Knowing’ on April 6 at 7:00 p.m. and April 7 at 2:00 p.m. – Kalman is the author and illustrator of 25 books for children and young adults, including the novel Why We Broke Up which she created with Daniel Handler and received the 2012 Printz Honor Award as well as the recent bestselling illustrated work Beloved Dog. She is also a longtime contributor to The New Yorkermagazine. Her work and her lectures are on her wanderings. Kalman’s design work is as extensive, broad-reaching, and successful as her literary work.  She has designed fabrics and accessories with Isaac Mizrahi, Kate Spade, Michael Maharam, and the Target Corporation, as well as ballet sets and costumes for the Mark Morris Dance Company and mannequins for Ralph Pucci. For Kalman, the path to create is a complicated and fraught one, and she is both lured and propelled by the unknown and its attendant challenges and surprises. 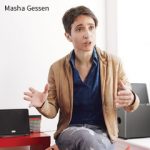 Masha Gessen – ‘The Future is History’ on April 27 at 7:00 p.m. and April 28 at 2:00 p.m. – Gessen is a Russian and American journalist. Her newest book, The Future is History:  How Totalitarianism Reclaimed Russia was just long-listed for the National Book Award for Nonfiction. As a journalist living in Moscow, Gessen experienced the rise of Vladimir Putin firsthand. In her 2012 bestselling book, The Man Without a Face: The Unlikely Rise of Vladimir Putin, she gave the chilling account of how a low-level, small-minded KGB operative ascended to the Russian presidency and, in an astonishingly short time, destroyed years of progress and made his country once more a threat to her own people and to the world. In addition to speaking about her bestselling book, Gessen will also speak about Russia’s history and its current politics.